Today’s food consumers are more concerned about the food they take more than ever before. Organic food is foods produced without the use of synthetic pesticides, antibiotic, inorganic fertilizers or genetically engineered crops. Many consumers are keener in taking food which are produced partially or completely organically. The main issue is because, many nutritionist have connected many lifestyle diseases and disorders to poor nutrition or taking foods lased with high pesticides and inorganic fertilizer levels.

Some long term diseases such as cancers have also been linked to taking of foods containing pesticides which have carcinogenic effect to humans. Organic foods offer a wide range of benefits to consumers in terms of a health. These are discussed further below. 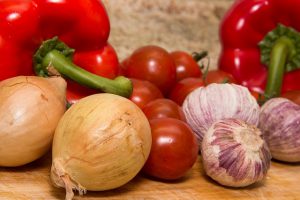 Studies have shown that organically produced foods contains certain nutrients in high amount such minerals e.g. calcium, iron, magnesium and phosphorous. Phytonutrients e.g. carotenoids, flavonoids and antioxidants are also in high levels in organic foods. This is attributed to the fact that organic food production provides adequate nutrients in soil for plant to absorb.

Life diseases such as cancer are high on the rise among many young and old people. Most cancers are associated with radicles which are in foods which we take. These include carcinogenic compounds such as some of the active ingredients found in pesticides used to control pests in food crops. Organically grown food on the other hand because no synthetic chemicals are used lack such radicals.

They are also high in antioxidants which in turnscavenge for these radicals such a as flavonoids and phenolic are known to have protein antioxidant activities thus able to fight cancers. High levels of vitamins such as ascorbic acid found in organic foods also play a major role in improving consumer’s immunity against diseases such scavy. 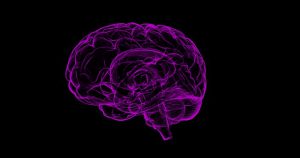 Anthocyanins compounds such as those found in berries have been proved to help improve nervous system health and cognitive brain. Milk from cows reared organically contains high levels of omega 3 and fatty acids which are a great combination for a healthy brain activity. Consumption of organic foods ensure total health of the nervous system because unlike conventional foods it doesn’t contain chemicals which interfere with the neuron activity such as organophosphates and organochlorines found in trace levels on conventional produced foods.

Organically produced foods play a major role in maintaining if not improving consumers healths. Consumers of organic foods stand to benefit health wise through improved immunity, cognitive brain and nervous system. This is made possible by the improved nutrient amounts available in the organically foods and the lack of pesticide residues as in the case of conventionally produced foods.